Cartagena is well known as Colombia’s premier destination. The city’s lovely colonial atmosphere and historic charm pairs perfectly with the beautiful Caribbean beaches in the nearby islands. There is also a vibrant culture and fun nightlife.

Even being such a well known tourist town, there are some hidden gems in Cartagena that many travelers miss. Here you can learn about some of Cartagena’s hidden gems plus some great lesser-known restaurants and bars.

Cartagena’s city walls, one of the few examples of a near complete colonial city wall left anywhere, and well known Castillo San Felipe Fortress are among its most well known landmarks and testaments to the city’s fascinating history.

There is a city historical museum in the Palacio de la Inquisición, which doubles as a museum on the Spanish Inquisition and was, in fact, the home of the inquisition in the colony.

However, you can actually learn more about the city’s history at the lesser-known Museo Naval del Caribe, which is more off the beaten path in Cartagena. Here, you’ll find some terrific dioramas of the various attacks on the city like those by Francis Drake and Edward Vernon. They show the day by day events and also give lots of context on the city’s fortifications.

On the second floor of the museum, you can also learn more about Cartagena’s incredibly important role in Colombian independence. Finally, there are some interesting exhibits on Colombia’s modern navy, including its little known role in the Korean War. It’s a great place to learn more about the city’s history and is the best done museum in the city.

Going to the Naval Museum will give you a better understanding of the geography and how the city’s defenses worked in tandem. If you want to get an even better understanding and see some unique forts, head out to the entrance to the bay at Bocachica on the island of Tierra Bomba.

There are three forts here, two of them rebuilt after Vernon’s destruction of them in 1741. These are the Castillo San Fernando and the Fort San José, which created a crossfire through the narrow entrance to the bay. A third fort, Angel San Rafael was built on a nearby hill to protect the land approaches and prevent a siege of the forts as Vernon had done. 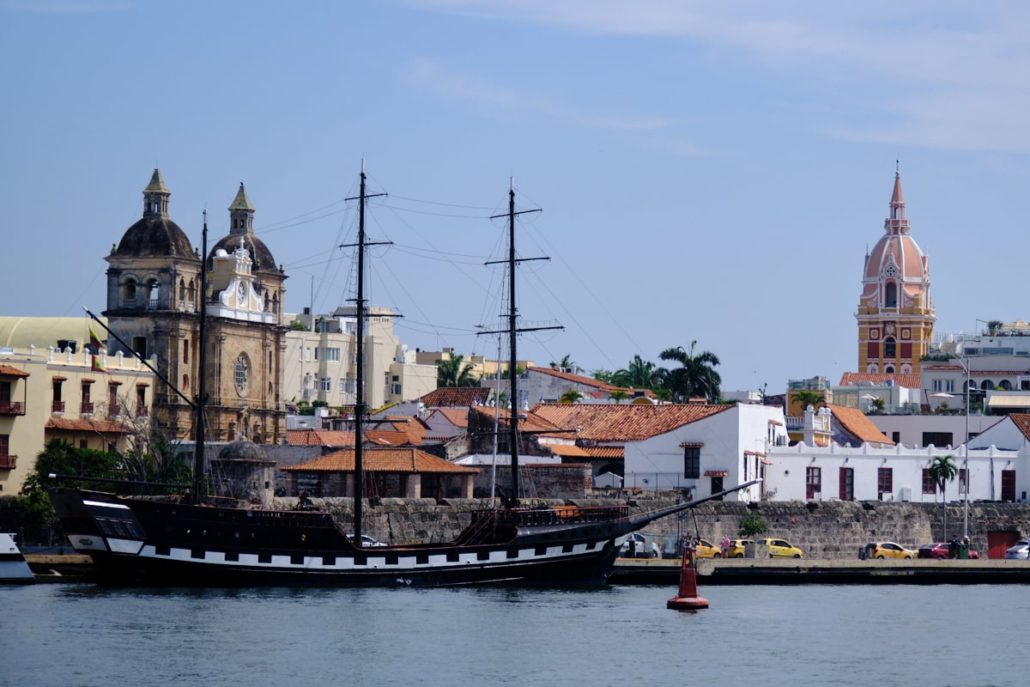 The City Walls of Cartagena

These forts were never attacked, and they have been very well preserved. They are also free to enter.

However, they are a bit difficult to reach. You can get boats to the nearby town from the main port near the Clocktower in Cartagena. The mock pirate boat La Fantastica also offers a tour that stops here, or you could plan for a day pass at the terrific nearby Blue Apple Beach Club and walk over the the forts. To see the inside of San José, you do have to hire a boat to take you across.

Stay at the Lovely Bungalows at IslaBela in the Rosario Islands

The beaches in the city of Cartagena proper are good but tend to be overrun with tourists and vendors. The beautiful Playa Blanca, once a Cartagena hidden gem in its own right, has suffered the same fate in recent years.

That means the best places to go to the beach off the beaten path in Cartagena are in the Rosario Islands. There are some great Rosario Islands resorts and day trips. Lots of people like to rent private boats and head to party spot Cholón, while others like to do a day pass at the popular and fun Bora Bora Beach Club. However, if you’re looking for a bit more relaxed atmosphere, check out IslaBela Eco-Hotel. It’s located on the smaller Isleta island and has one of the best beach areas in the islands.

It also has a small handful of terrific bungalows for staying the night. They are also actually owned by natives of the island who have a profit share with the hotel, meaning they have a fairly sustainable model that also benefits the local islanders more than most of the other hotels in the islands.

Those on a tighter budget may also want to consider Secreto Hostel as a lesser known and more budget friendly place to stay in the islands.

Hang Out at Playa Azul in Town

If you don’t have the time or budget, or you just want some extra beach time at a beach in town, skip the crowded beaches in Bocagrande.

On the north end of town, just past the airport, you’ll find a beach known as Playa Azul. This is just before the larger area known as La Boquilla. While the beach doesn’t compare to those in the islands, its ok and is more off the beaten path in Cartagena, which makes it much less crowded.

Located on the island of Barú, not far from Playa Blanca, the Colombian National Aviary, or Aviario Nacional, is definitely a hidden gem in Cartagena. It’s very well done, and has some rare birds, including a harpy eagle and a family of condors.

It’s a bit difficult to get out here on your own, so it’s best to either hire a taxi for the day or to go with a tour. It’s also best to go early before it gets too hot when the birds will be more active.

Located in a charming historic building in the heart of Cartagena’s Walled City, the Abaco Bookstore is another unique hidden gem in Cartagena. There are plenty of great books here on Colombia and Cartagena, including a selection in English. They also sell some neat artwork and artisan crafts made by local artists. 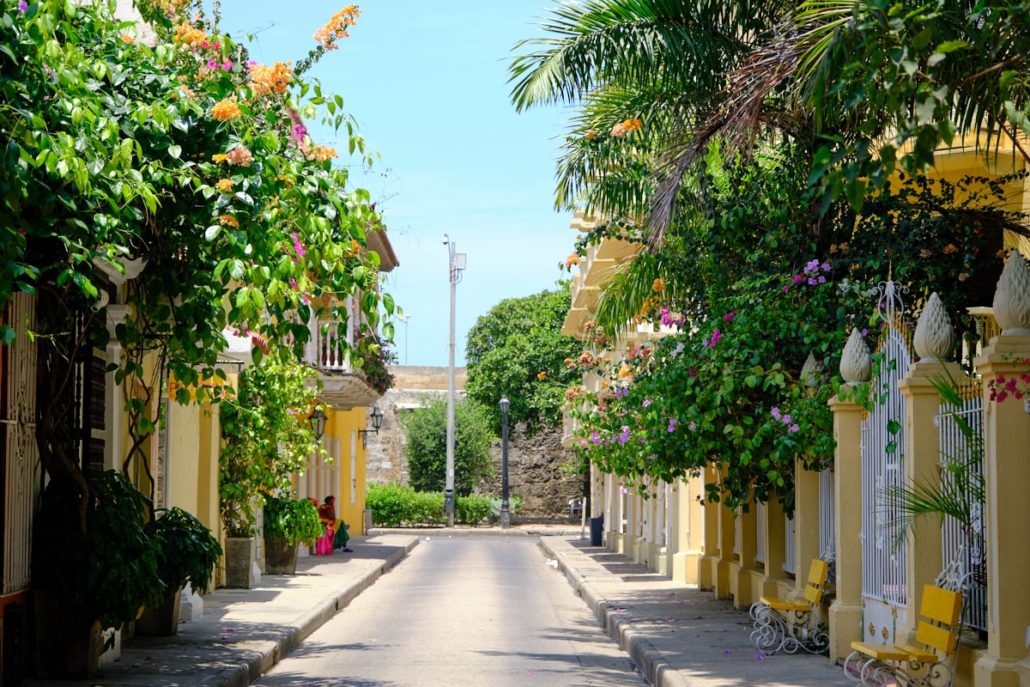 Inside the Walled city in Cartagena

You can also enjoy a coffee or drink here. It’s a neat and unique place to at least stop in and browse.

Tour the Mangroves in La Boquilla

North of the Playa Azul is the town of La Boquilla, nestled between the Caribbean and the mangrove swamps. This was a traditional fishing community, and there are some neat tours you can do here that take you out on canoe rides through the mangrove forests that look like little tunnels before opening up to big lagoons.

Some tours also include fishing, drum or dancing lessons, and even cooking lessons. It’s a unique thing to do in Cartagena off the beaten path. You can organize tours here through Ecotours Boquilla.

Trying an arepa de huevo is obligatory in Cartagena. This snack that originates from the Caribbean coast makes for a good breakfast, afternoon snack, late night munchie, or even dinner on the go. It’s more similar to an empanada than a traditional arepa, round and fried to a golden crisp.

You’ll find street stalls all over the Walled City selling the traditional arepa de huevo, filled with ground beef and an egg. However, at Donde Magola, located near the Exito San Diego supermarket just inside the Walled City, you can find all sorts of neat variations. Instead of the ground beef, you can get it with chorizo, chicharrón, or even shrimp.

Get Some Ceviche at La Laguna Azul

Cartagena has plenty of terrific seafood, including ceviche. You’ve probably heard of La Cevichería, made famous after Anthony Bourdain’s visit and a mainstay in recommendations for the best Cartagena restaurants.

Another lesser known place to enjoy some great ceviche in Cartagena is La Laguna Azul. A tiny, unassuming, hole in the wall located at the entrance of the Centro Comercial Getsemaní, there are some terrific and unique takes on ceviche here.

Grab one of the small handful of little outdoor tables and a ice cold beer from the little store next door and enjoy this Cartagena hidden gem that is frequented more by locals than tourists. Street Art in the Getsemani district of Cartagena

The best place to try some Colombian craft beer in Cartagena is Beer Lovers, which has a solid bar in Getsemaní, a popular area full of neat cafés, bars, and restaurants. You’ll find both beers originating in Colombia and elsewhere here on their rotating taps.

There are a lot of terrific Cartagena bars and clubs. Perhaps the most unique is Prohibition, located on the bottom floor of Townhouse Boutique Hotel. Their upstairs rooftop bar is actually very popular and has great drinks.

However, the downstairs is a hidden gem in Cartagena and has a neat vibe for enjoying a cocktail or three. Beautiful, 1920s style sofas, frequent live jazz music, and even a burlesque show make it a place unlike anywhere else in Cartagena to enjoy a drink.

Or Salsa with the Locals at Quiebra Canto

If you’re looking for a more traditional Cartagena night out, you’ll probably be thinking of getting your dance on at a salsa club. The famous Café Havana, which Hillary Clinton once visited, is a popular place to do so. However, it tends to be crowded and is expensive.

Another good but lesser-known spot is Quiebra Canto, just a block and a half away. It is located on the 2nd floor directly across from the clocktower and tends to draw more of a local crowd than a tourist one. It’s a neat place to get a slightly more local vibe than many of the other popular nightclubs in town.

Now, you know about 12 hidden gems in Cartagena that are a bit off the tourist-beaten path and make great additions to a visit.

Adam McConnaughhay lived in Cartagena from 2011 to 2022 and writes about it and other destinations in Colombia at CartagenaExplorer.com. You can find him on Facebook, Instagram, and Pinterest as well. Free Things to do in Antigua, Guatemala 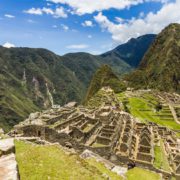 The 5 Best Hikes in Costa Rica The Best Hiking Road Trips in the USA
Scroll to top